The Journey of Dr. Cheng 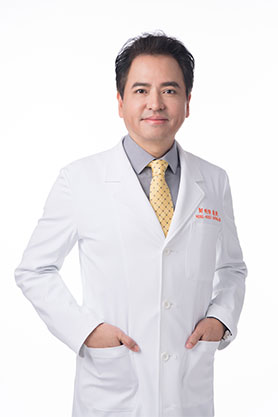 Dr. Cheng is listed among the most sought-after surgeons in the reconstructive microsurgery field. He has been invited as a visiting professor to more than 30 world-renowned medical centers in the United States and other countries. He has authored a total of 233 peer-reviewed papers, 41 book chapters, and edited one lymphedema textbook (Principles and Practice of Lymphedema Surgery, 2016, Elsevier) and one head & neck reconstruction textbook (Resection and Reconstruction of Head & Neck Cancers, 2019, Springer). There is a total of 6,858 citations of his publications with the h-index of 44 at the Google Scholar on February 26, 2019 (https://scholar.google.com/citations?user=KtfcDvcAAAAJ&hl=en).

Earlier in his career, Dr. Cheng extensively involved in extremity reconstruction and head and neck cancer reconstruction. He has explored and developed new methods to harvest an osteomyocutaneous peroneal artery combined (OPAC) flap for head and neck reconstruction. Recently, his focus of clinical and research work has been on breast reconstruction and lymphedema microsurgery. In breast reconstruction, Dr. Cheng developed a modified nipple reconstruction technique using autologous rib cartilage, along with the areola tattooing to achieve a symmetrical appearance. He was the first in the world to combine breast reconstruction and breast augmentation procedures by using split DIEP flaps. Such combined treatment does not only allow the patient to have breast reconstruction after mastectomy but also improves the aesthetic outcome of the contralateral breast at the same time. For managing extremity lymphedema, he invented to utilize distal recipient site for vascularized lymph node flap transfer, together with related research on the mechanism of vascularized lymph node transfer, which he had been working on since 2000. He has trained many domestic and international well-known surgeons such as Drs. Joseph Dayan and Robert Allen Jr. at Memorial Sloan Kettering Cancer Center, Dung Nguyen at Stanford University, Ketan Patel at the University of Southern California, Dhruv Singhal at BIDMC/ Harvard Medical School, and Wei-Fan Chen at Cleveland Clinic to practice this vascularized lymph node transfer technique for their breast cancer-related lymphedema patients.

Dr. Cheng is a well-known reconstructive microsurgeon in the international medical society. He was a keynote lecturer, panelist, and invited speaker in numerous international meetings. He has trained 95 residents and 100 international fellows and had 925 international visitors in the past 20 years. Dr. Cheng was honored to be selected as the 2006 Godina Traveling Fellow of the American Society for Reconstructive Microsurgery (the first one from Asia) to visit 13 renown institutes in the world and Zamboni Visiting Professor of the American Society for Reconstructive Microsurgery in 2016 and had the opportunity to visit 5 more famous institutes in the United States. Dr. Cheng received the Outstanding Alumni Award from the Chung Shun Medical University and Distinguished Alumni Award from Chang Gung University in 2008 and 2013, respectively. He’s been named a top reviewer in Publons’ Global Peer Review Awards 2018.

Dr. Cheng has championed the collaboration between the Taiwan Society of Plastic Surgery (TSPS) and the American Society of Plastic Surgeons (ASPS). His vision is to raise the recognition and visibility of TSPS members at the international community and to expose the junior doctors and surgeons to the outside world with most learning opportunities through the alliance and partnership with ASPS. He also hosted the first Asian Symposium for Breast Plastic and Reconstructive Surgery in 2009. It has been held annually for 10 years consecutively since then. Several other international events that he held, to name a few, was the World Symposium on Lymphedema Surgery in 2013, 2016 and 2019.

Dr. Cheng founded the Taiwan Breast Reconstruction Society (TBRS) in 2002. The mission of TBRS is to unite and connect patients with breast cancer and to offer support and encouragement for each other. With increasing visibility and outstanding of the accomplishments of TBRS, more and more volunteers including doctors and nurses have joined to serve and help cancer patients throughout the years. As an advocate in fighting and raising the awareness of breast cancer, and supporting breast reconstruction for women in Taiwan, Dr. Cheng promoted the collaboration between TBRS and Avon Cosmetics Company to establish a “Taiwan Breast Reconstruction Fund (TBRF)” in 2008. This charitable fund is to provide financial aid to the women who are in the need of breast reconstruction surgery but cannot afford it. So far, TBRF has sponsored more than 400 breast cancer patients for the breast reconstruction costs via the application process with this fund. He and his team of TBRF successful hosted the 7th Global Chinese Breast Cancer Organizations Alliance with more than 500 participants in Taoyuan in May 2018.

Dr. Cheng has consistently received support with 20 research projects from the Ministry of Science and Technology and 22 projects from Chang Gung Memorial Hospital and published 39 basic research papers, including 4 in Biomaterials (SCI; IF = 10.27; Engineering, Biomedical 1/78), one in Adv Mater. 2015 Jan;27(1):138-44. (SCI; IF = 25.80; Materials science, multidisciplinary 8/285) and 3 in Tissue Engineering (SCI; IF = 6.51, Cell and Tissue Engineering 2/26). He further established a “Center for Tissue Engineering” for advanced translational research at Chang Gung Memorial Hospital to conduct in-depth research projects and ultimately to deliver the best plastic and reconstructive surgery outcomes in 2014. Throughout his professional years, he has received 20 patents. (3 US patents and 17 Taiwan patents).

The article “A Novel Approach to the Treatment of Lower Extremity Lymphedema by Transferring a Vascularized Submental Lymph Node Flap to the Ankle” by Dr. Cheng was published in another leading journal of gynecology, “Gynecologic Oncology” in 2012.

Fill up the form below to reach us